Testing Skype™ and Other VoIP Clients

Suppliers of VoIP apps, handset manufacturers and network operators all need to test their apps on a range of handsets. 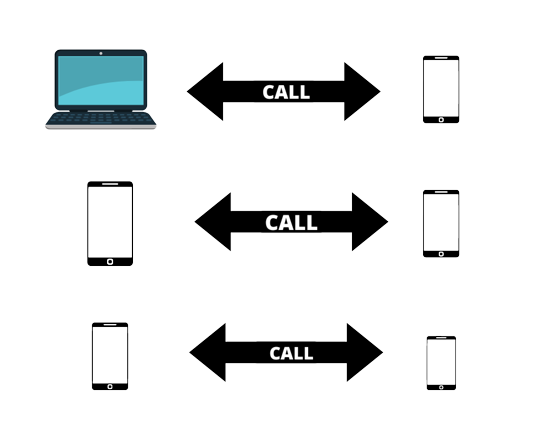 MultiDSLA test nodes perform the speaking and listening normally done by the users:  the conversation may be 2-way, 3-way or more.  MultiDSLA equipped with one DSLA can perform a 2-way call, or with a second DSLA can perform 3-way and 4-way calls, and so on.

Did you know that MultiDSLA makes testing conference or multi-way calls as easy as testing 2-way calls? 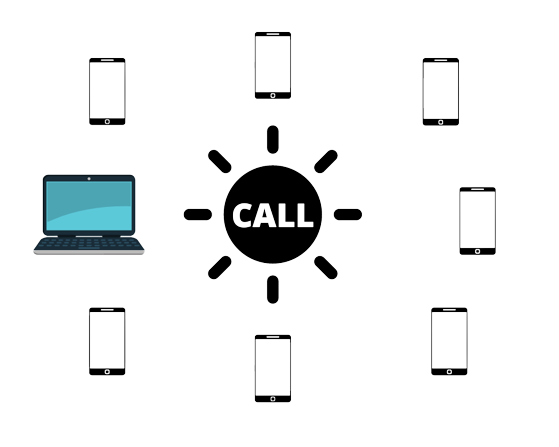 DCC contains two connection cables so you can connect each channel of a DSLA to a PC or laptop to test a PC-PC call. The Mic In/Headset Out jacks usually found on a laptop connect to DSLA Handset port, while the Line In/Line Out jacks sometimes found on tower PC’s connect to the DSLA Balanced ports.

Setting up the Nodes 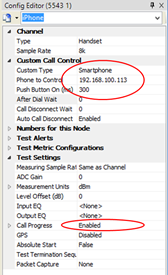 The sample rate you specify depends on the metric you want to use, PESQ or POLQA. With POLQA, wideband (16k) and super-wideband (32/48k, depending on DSLAII model) are available.

Custom Type may be left as None.

Scale Type changes according to the Sample Rate selected.

You may need to adjust the Level Offset as a consequence of calibrating the level.

The other parameters remain at their default values.

SILK™ is a patented audio compression format and audio codec developed by Skype Ltd. which has been used in Skype clients since 2009.  It has sample rates of 8k, 12k, 16k and 24k samples per second, providing respective nominal audio bandwidths of 4, 6, 8 and 12kHz.  The rate is selected dynamically based on an assessment of network conditions; it may therefore be of interest to know which rate is in use – this is shown by MultiDSLA by analysis of the audio bandwidth.

The OPUS codec contains many features of the codec used in Skype and is becoming increasingly popular.  It is available on the VoxPort Packet SIP node.

Only the POLQA Super-wideband scale using 32 or 48k sample rate is suitable to measure the full range of performance of Skype.

Before running the test you are recommended to calibrate the levels to optimize MOS.  See http://www.opalesystems.com/2011/09/calibrate-levels-for-optimum-mos/.

The score of 4.10 and the relatively low profile of the Error Surface indicate that performance is consistently good.  As this test was made using two channels of the same DSLA, the Offset result represents the average one-way delay.  The Minimum and Maximum Offset figures indicate that the one-way delay has a range of some 90ms.

The Sample Time Offset view shows that a significant delay reduction occurs at about 4.67s into the measurement, which is during the silence interval and so does not affect the perceived speech quality of the degraded file which can be heard here. 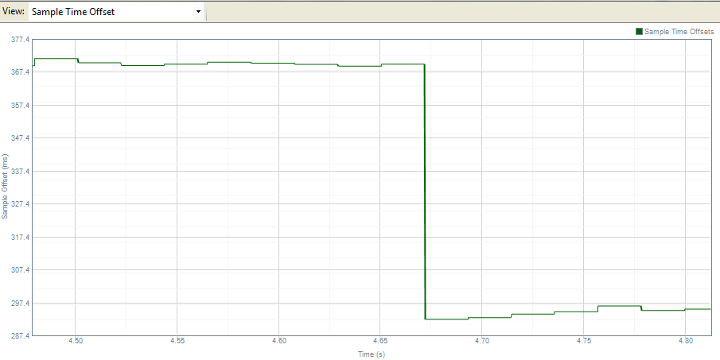 In this case the score is low; the Frame by Frame Score view indicates that this is mainly due to the silence just after 2.5s; listening to the degraded file (here) confirms that this is very noticeable and is likely to be due to packet loss.

The one-way delay varies between about 327ms and 624ms; the Sample Time Offset view shows that the delay increases by about 220ms when the silence occurs.  Immediately after this, the ‘missing’ speech is played out, faster than the original (although with pitch maintained) enabling the codec to recover some of the delay increase.  Further recovery occurs during the silence at around 4.7s.  A second period of delay increase occurs just after 6s, before the second sentence is played out at increased speed.  This interesting property of the SILK codec is shown clearly.