In this new series, we highlight some of the applications of the MultiDSLA system. The goal is to build a concise and practical guide to the many applications in which MultiDSLA provides reference measurements around the world.

We begin with the topic of Push-to-Talk.

Push-to-Talk, often called PTT, is a form of wireless voice communication in which only one direction of communication is open at a time. The person speaking must first press a PTT button (or key, foot pedal, touch screen, voice switch, etc.) to open the communication path. PTT services are used by first responders, the military, fleet operators, in warehouses, the construction industry and many others. Like other types of telephone calls, PTT calls can be one-to-one, but different from other types of calls, they can also be one-to-many, often referred to as "group calls."

PTT standards include Project 25 (P. 25) in North America and TETRA and TETRAPOL in Europe, although all have international applications. Equipment manufacturers include Motorola, Midland, Kenwood, Icom, Tait, Sepura and Airbus DS. 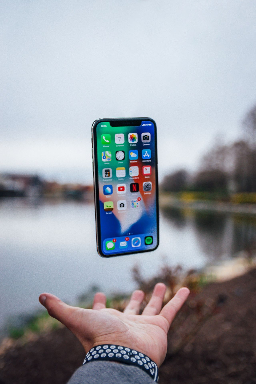 Some cellular network operators have offered "PTT over cellular" (PTToC) services, taking advantage of the capacity and economics of commercial networks to provide value-added services to industrial customers. This provides a communications service to these customers without requiring them to operate their own radio networks.

A transition is underway in some markets from the standards mentioned above to those based on 4G/LTE cellular networks. Many manufacturers are already producing ruggedized cellular phones and associated accessories, and these will eventually replace at least some of the legacy terminals.

No need to answer the call

A more work-oriented 'label' for calls

Categories of customers using MultiDSLA to test PTT system and terminal performance include:

One of the challenges of evaluating PTT services is the need to push the push-to-talk button before testing the performance of a voice signal. The DSLA control line solves this problem by activating the PTT automatically, at the right time and for the right duration. A typical task list (test sequence) for a two-way call looks like this: 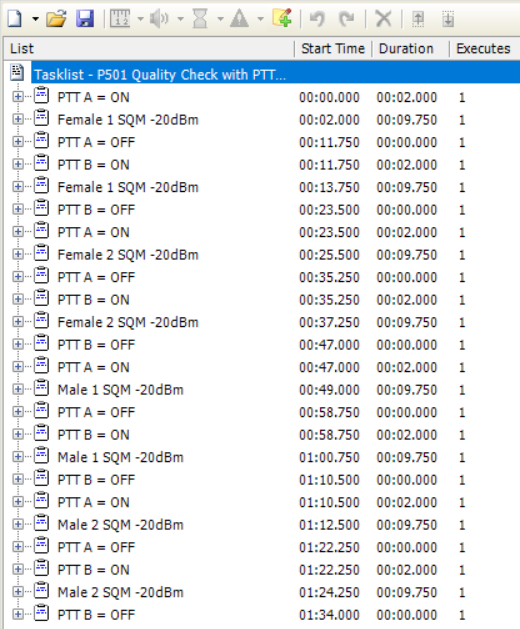 This test essentially does what one of the standard MultiDSLA tests does, but also performs the PTT operations at each end of the test call. Using this task list, we get the POLQA and PESQ scores and the one-way latency/delay, just like most other types of calls. But there may be additional requirements for PTT, as one of the KPIs - especially in the evolving 4G cellular environment - is call setup time. The caller activates the PTT and typically waits to hear a dial tone. This is the confirmation that the voice path is open and that he or she can start talking. MultiDSLA can not only identify the pip tone, but also measure the time it takes to arrive after the PTT is activated:

Some users may also need to measure the tone release time, which is the time between the release of the PTT and the receipt of a tone confirming that the speech path has been closed.